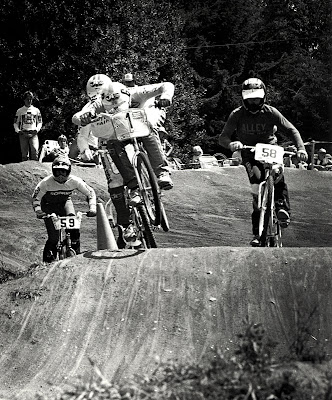 This was 1983 Seatac BMX triple point race, that's me in front,
I think this was one of the motos early in the day. It was a good
day though I won this 15-16 cruiser class and 15expert and my teammates
won all their categories so we walked away with the team trophy as well.
The team trophy was 6 ft tall or something which was some kind of selling point to win it.
I think we had to take it all apart to get it into someones car.
Posted by t No comments: 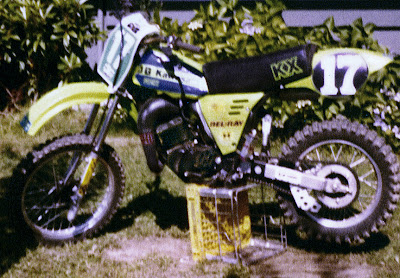 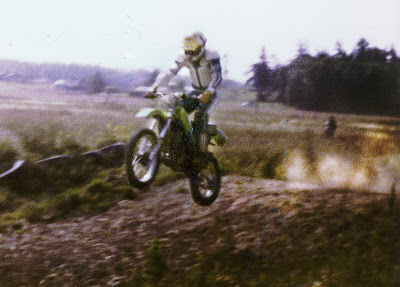 My 1981 kx80 and the first year of the Unitrak suspension, the second photo is racing
in the 80A class on that bike in the yamaha gold cup series Whidbey Island.
This on a high speed roller that you'd hit flat out. The Whidbey Mx
track was more like an enduro it was so long. We had 2 - 25 or 30 minute
motos or something and only did 4 or 5 laps. The track had a gnarly for
the day - ditch jump that was right out of a hairpin turn,
the jump was more of a big dropoff about ten to 12 feet up which
was followed by a 12 foot trench, it wasn't a double you'd just land on the flat.
It turned out to be a no brainer even though I worried about it all
night wondering if I was going to be able to clear the thing.
I was 13 and only on an 80 and I remember guys in the senior classes were even talking about it.
On an 80 you had to be really committed out of the turn, fanning the clutch, to have enough speed to clear it,
but then you'd just float right over it.
Even though you landed on the flat the suspension soaked it up.
Posted by t No comments:

http://www.cartype.com
has some great old logos on it.. 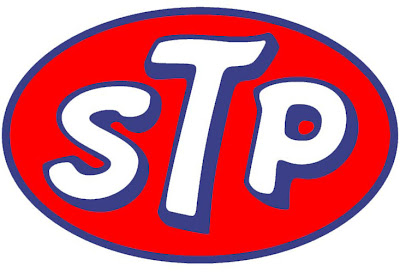 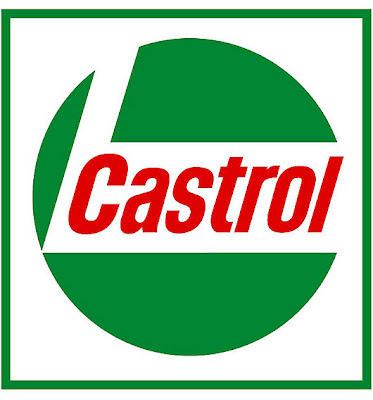 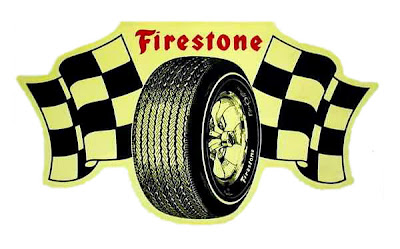 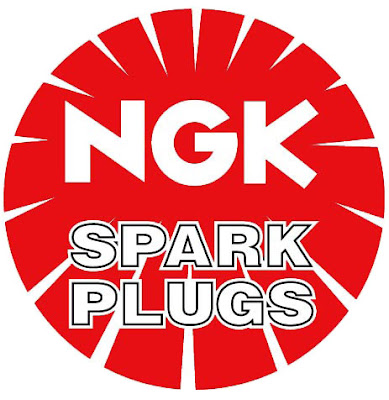 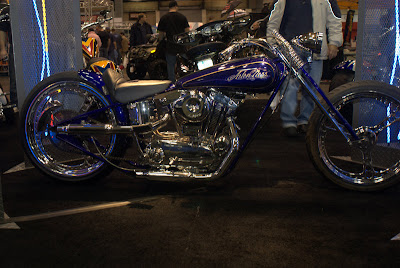 According to the Arlen Ness people, Arlen put this together
with spare and blemished parts he had
laying around. Then when he finished it he dug it so much
he went out and hammered it for a couple weeks.
Posted by t No comments: 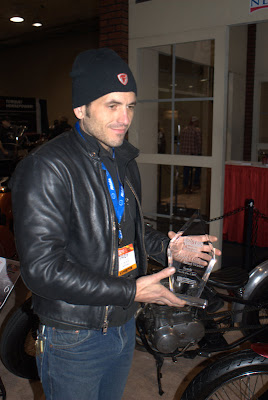 I won the Big twin Custom Show with my small twin Yamaha. Now looking at this
photo I realize my my bike number was 6 which has alway's been my lucky number.
Thanks Trevor for riding one of the two bikes down there, then coming back
down tonight and riding them back home with me.
Posted by t No comments: