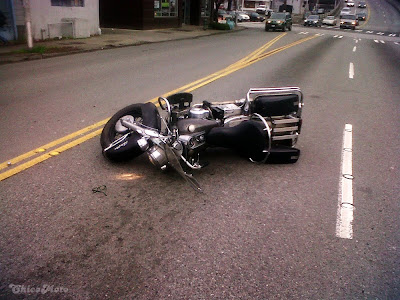 Car pulled out in front of me this afternoon. Guy was trying to go across the two east running lanes to the west running lane. I saw him coming.. was thinking .. is that guy going to try and go? Sure enough he did.. hit the brakes and skidded a good 20 feet before I hit him. The whole Front end is toast .. frame probably is too. Guy wasn't even that apologetic. Went in the ambulance to the hospital.. nothing broke .. some cuts and banged up pretty good. Didn't have anyone to pick me up from the hospital so walked back to the bike in the rain, removed the front fender (it was squished against the front tire and the bike wouldn't roll) then rode it home. Sketchy as hell as everything on the front end is bent one way or another. I would have gone home and got my truck to pick it up but it has a flat- ha! Typical. It's almost impossible to get the bike in the back of a 4x4 by yourself anyway. Oh well .. short lived tug.
I heard Matt D of Dice had the same thing happen in Phoenix, he's ok but the front end on his bike is trashed too. then there was Gilby in LA a couple days ago..
Posted by t 31 comments: 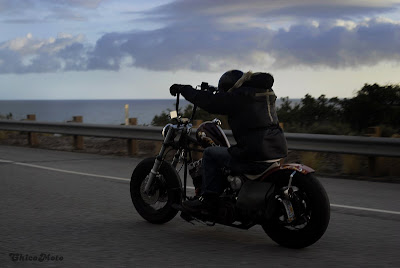 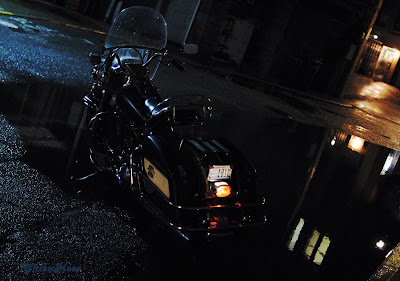 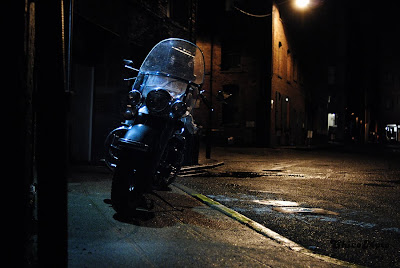 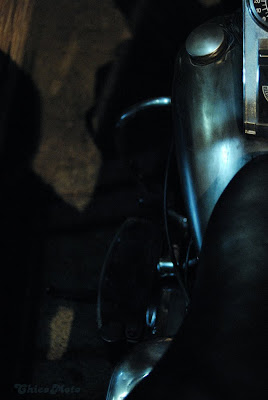 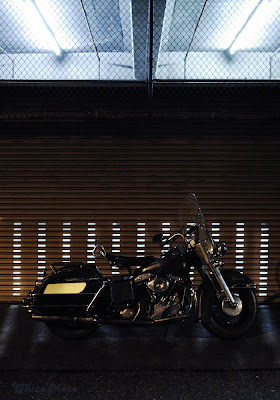 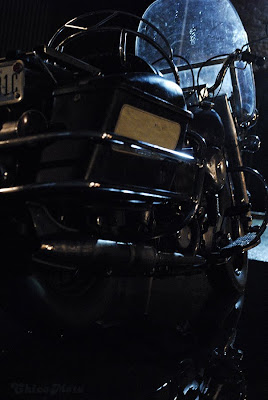 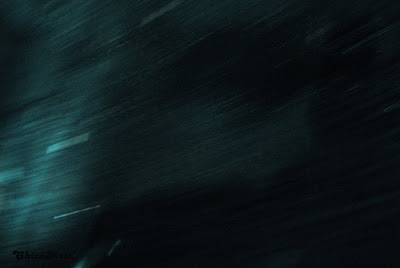 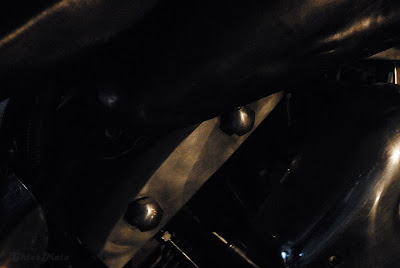 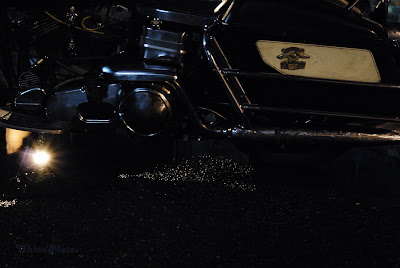 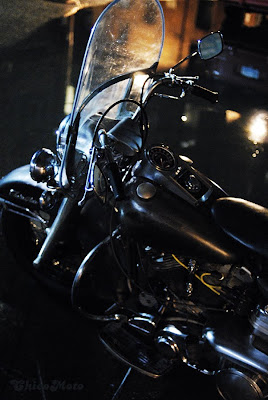 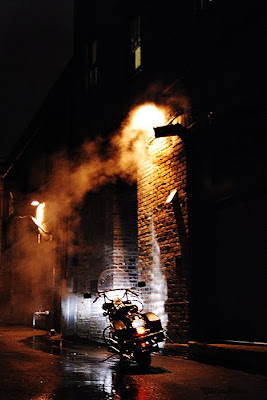 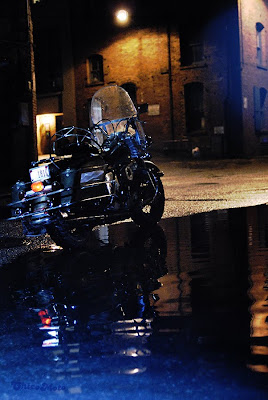 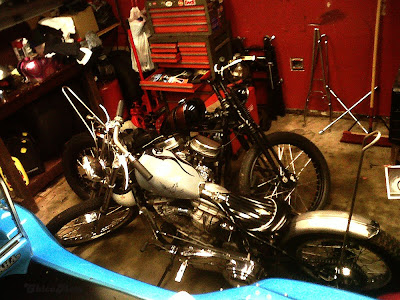 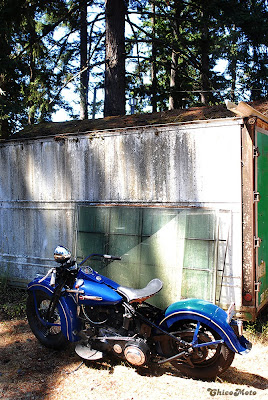 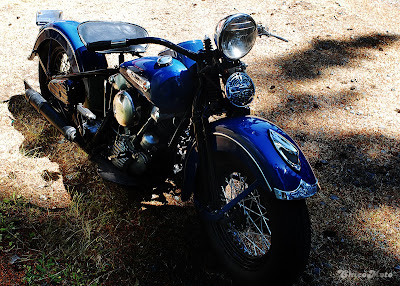 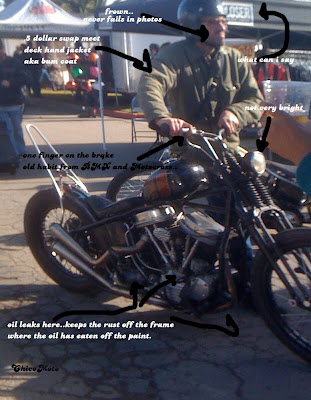 I stole this photo of yours truly off of Chris at http://70moto.blogspot.com/
thanks Chris! Now let me give the break down on the subject in the photo..
Posted by t 6 comments: 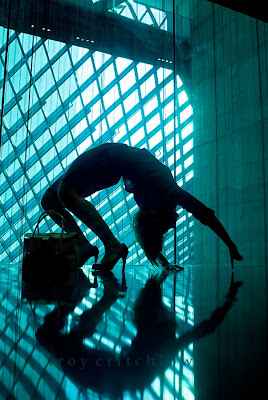 another one of my photos that has nothing to do with motorcycles..
Posted by t 7 comments: 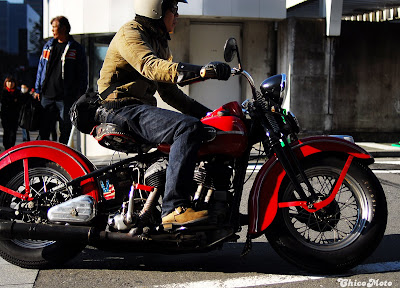 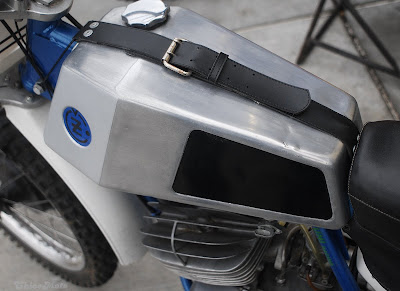 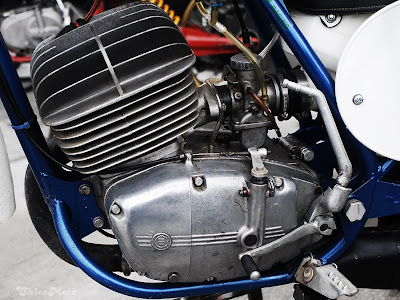 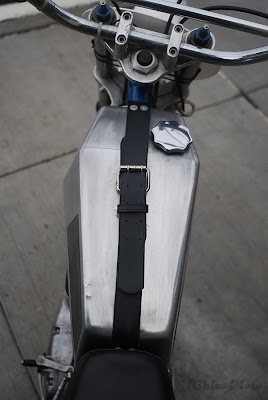 I always think of Brad Lackey training in the snow and lousy weather after he worked in the factory all day building them when I see these.

it's gettin' wide in here 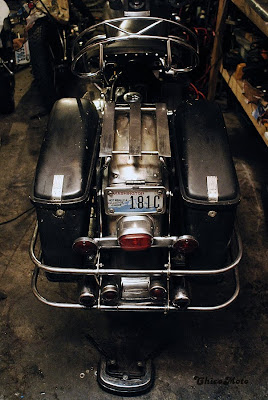 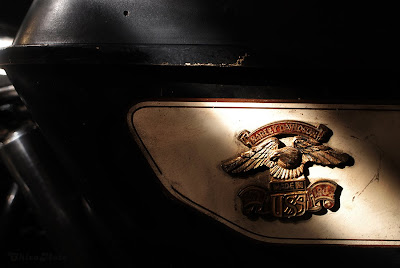 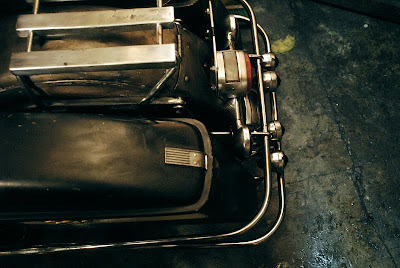 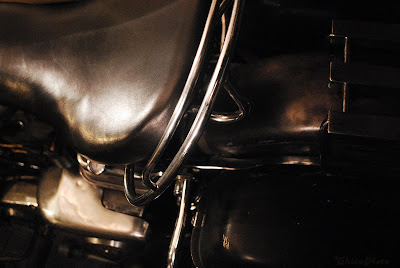 I must've rode a few miles over the weekend because I gassed this wagon's 3.5 gallon tanks up three times . It wasn't void of a couple random episodes of old bike blues. Saturday night when I got where I was going I notice one of the bag lids had blown off. Went back home the same way I came and found the lid about 3 blocks from my house in the middle of the street. Today I was going down south and the bike started sounding rough and louder than usual .. look down and the middle pipe that runs to the left muffler had come out of the connection.. damn.. pulled over on the side of the freeway and realized the left muffler mount bar was broken off .. and the muffler had gone off with it. Where I didn't know , they were long gone now.. oops. Kept riding down the freeway after I bungeed the middle muffler connection to the back of the bike. People must have thought I was a real nut job because I was laughing out loud thinking of what a big pile of shit I was riding. I Rode to my friend Bills and he hooked me up with another old muffler and mount. Thanks Bill you've kept the Garbage Wagon going to ruin another day! Also scored the bag guards from Bill .. which is key to mount all the rear running lights to. The shit pile is starting to get bigger and bigger....
Posted by t 8 comments:

Labels: from the garbage to the wagon 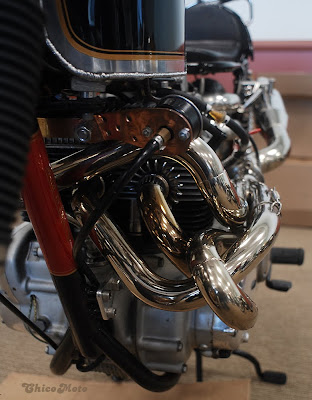 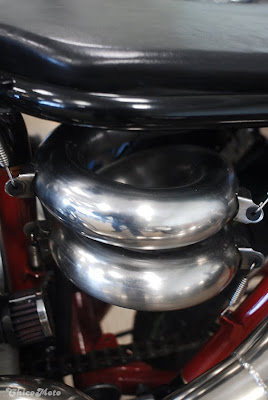 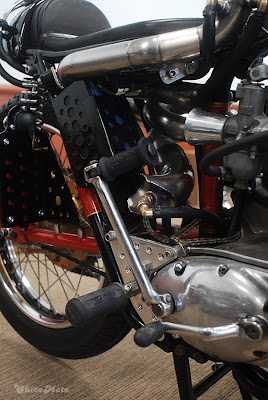 At the Vintage MX show was this Triumph with a lot of stainless pipe going every which way. I asked the builder if he had just got a mandrel bender and a prescription for medicinal marijuana when he was building this bike. No he just had different shapes and curves, cut them into sections and pieced it all together!
Posted by t 1 comment: