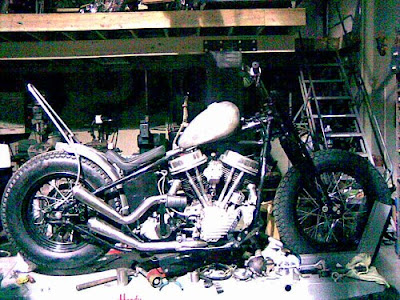 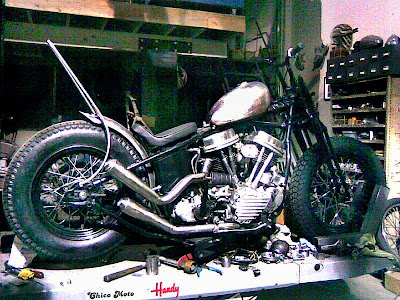 got the tank back from being sealed at the radiator shop.. got the exhaust mounted up .. we rearranged and did a spring cleaning on the shop so didn't get to do much .. I've spent every free moment working on this thing.. I'd really like to just ride it.
Posted by t 3 comments: 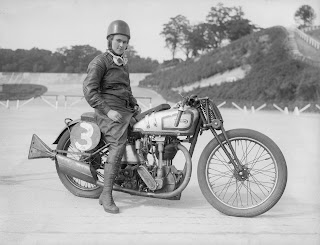 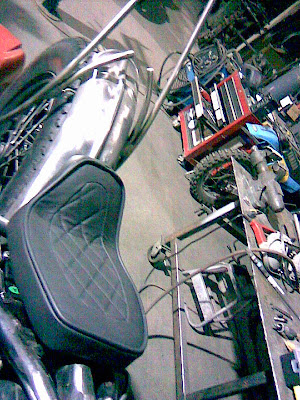 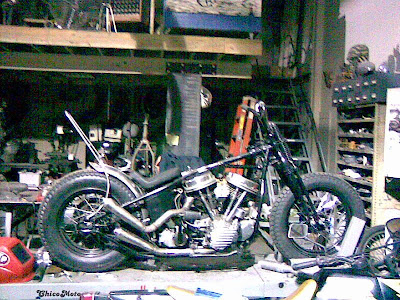 finished the mufflers.. made baffles for them.. welded up the pipes.. wonder what they'll sound like.. hopefully not like shit. Ha! Got my seat pan back from the upholsterer as well. The leather and foam looks too new needs to be worn in but I never like new boots or leather jackets when their new.. who does?
Posted by t 2 comments: 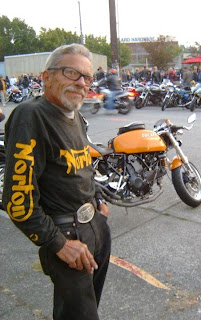 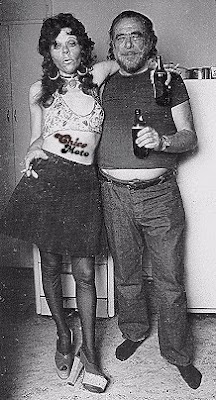 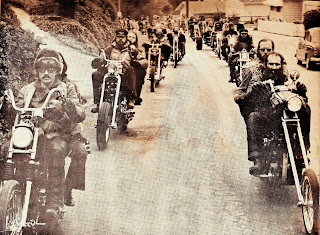 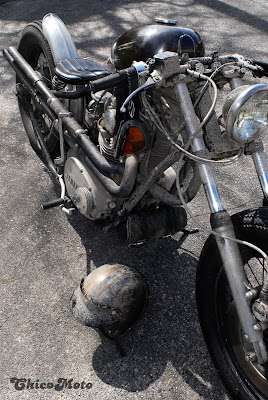 Rode the Bonehead Enduro today. It's a ride for vintage enduros or any old bike you have. It goes up from the Snoqualmie, North Bend area into the mountains on fire roads and trails. If your not familiar with the area you'll probably know this area as Twin Peaks. It's where they filmed the TV show and Movie. You pick up cards called bones with your number on them at different checkpoints up the mountain. There were 10 checkpoint bones then 7 bonus bonehead bones if you're bonehead enough to go for them. This year the bonus part fire road was covered in 2 feet of snow.

Some years people have brought out some bikes from the 20's to do it on. This year it's been raining a lot and there is still a lot of snow in the mountains so not so many old bikes. Bunch of Triumphs and BSA Scramblers.. one guy on a Matchless. I did the whole course then went on for the optional bonehead bonus bones higher up into the snow. Got to the 3 rd bonus bone where I turned around ..after a mile of snow tracks you had to slide through. I couldn't keep my feet on the pegs as the snow was too deep so had to ride with my legs held up. I kept thinking of the book by Dave Barr where he rides around the world on his Shovelhead. When he was in Africa there were parts where he rode through deep sand ruts..his plastic legs kept coming off when he'd clip the sides of the sand. Dave Barr is a hero.

Good thing I turned around when I did.. as I almost ran out of gas by the time I got down the mountain, even coasted a few sections just to conserve gas. Good times. :) 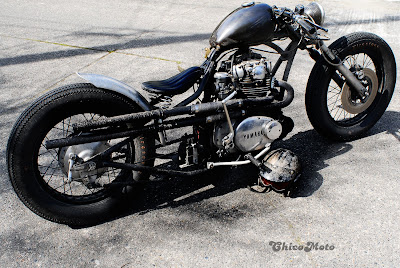 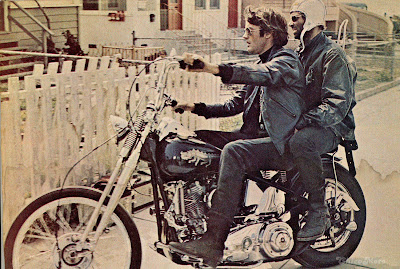